The official over-achiever award goes to Sticky Fingers for a triple-whammy of laying three trails back-to-back. Yes, that’s right, she hared three times in 7 days and therefore seriously needs to get a life (prompt songmeister).

A month of stupidity…err we mean sobriety

Bravely (some say foolishly) Christian Harlot and Thirty Thursday committed to a month of sobriety in order to raise funds for the upcoming Red Dress Run. Their aim, stay sober for the entire month of June, worked surprisingly well and earned over 650 CHF.

We’ve once again been rocking some awesome hash shit over the last few months. For those of you who consumed too much alcohol or are in fact still wasted, here’s a recap: 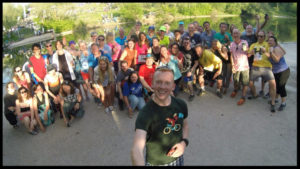 The racists were out in force for this year’s SOLA Staffette and were lucky enough to be greeted with beer angels at the end of every long, hard leg. We were also blessed with the one singular day of sunshine which fell on the day itself and amazingly nobody was a victim to this little-known phenomenon called “heat”. The funtimes rolled on at the post-sola party… if you search hard someone, somewhere will remember something…surely…. 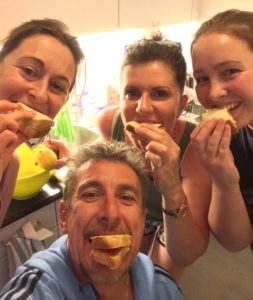 Cheesy Balls outdid himself once again with the Cupcake Hash, not only organizing a stunning and diverse trail, but also littering it with little treasures in the shape of cupcakes (some of which were stolen by the evil witch of the West, Butt Bugger). Though the truth came out rather quickly about the true intentions for this hash, the cupcakes were prepared by a pack of lovely Harrietes. This was all a ruse to force some ladies into Cheesy Balls’ life, that conniving little bastard…. But damn, check out the spoils!

The ‘Scavenger Hunt Not Hash’ Hash

Keys to the Treasure took great liberty with our loosey goosey Sunday Funday Hash and managed to put together the quirky The “Scavenger Hunt Not Hash” Hash. As we all split up into separate motley crews to fulfill various tasks the hash managed to make Zurich feel unsafe/uncomfortable in whole new ways, that ought to count as a success!! Be sure to check out the many pics on the Facebook Group ZH3 Photos for a trip down memory lane, or just to see what you’ve missed out on.

Burns and a Loch Hash 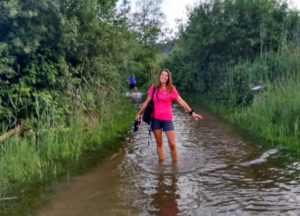 Dog Woody and just Silvie led the pack through a severe accumulation of ground moisture at the Burns and a Loch Hash. All the efforts were for naught though, as not a single Hasher drowned (one poor hash dog came rather close to an early end though). Nevertheless, the rewards were high, as we were greeted by a stunning view of a flooded Greifensee, and an even stunninger view of a Shot Stop circle! Some Hares know how to appease the townfolk wielding pitchforks and swiss army knives.